The Legal History and Future of Cannabis in Texas 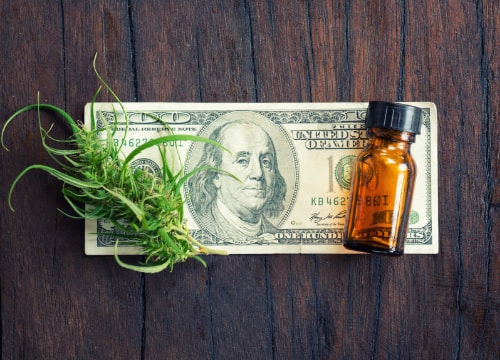 Drugs have remained a very important point of contention in Texas throughout its modern history. From giving local police a chance to play wild west sheriff to maintaining a large and consistent labor force for the state’s many private prisons, drug prohibition is an ingrained part of the Texas legal system, but perhaps none as much as marijuana.

Initially in common use as a medicinal herb to treat everything from headaches to asthma, public opinion among white settlers began to worsen around marijuana during the turn of the 20th century, due largely to its association with Mexican settlers in Texas. As tensions rose between the groups, so did the opposition to “marihuana”.

Things began to change, slowly, following the liberation movements of the 1960s. This was also around the time other drugs such as cocaine began rapidly increasing in popularity. Eventually, possession of small amounts of cannabis was reclassified as a misdemeanor and enforcement, while still highly targeted, became less harsh.

The biggest change for Texas came in 2007 when the state legislature gave individual police departments the discretion to issue a citation instead of an arrest for some minor crimes including possession of marijuana. Most metropolitan areas in Texas took advantage of this program Including Austin, Houston, Dallas, and San Antonio, effectively decriminalizing possession of marijuana throughout much of the state.

The last several Texas legislative sessions have consistently brought up cannabis and drug reform policies including statewide decriminalization bills, medical marijuana, recreational marijuana and even a number of industrial hemp bills. The majority of these bills have died before a vote, but change is on the horizon.

In 2015, the Texas Compassionate Use Act legalized the use of CBD products for medical applications. This brought the first whispers of medical marijuana to Texas and while legislators at the time insisted that real medical cannabis will not come to Texas, increasing pressure from Texans and competitive markets surrounding the state on all sides could mean legal marijuana may be coming to Texas in one form or another very soon.

In 2018, both the Texas Democratic Party and the Texas Republican Party added major cannabis reform to their party platforms. The Texas legislature is currently in session and several cannabis-related bills have picked up traction including major expansions to the current Compassionate Use law, statewide decriminalization, and unimpeded industrial hemp production.

Since Texas does not allow voter referendums, it is ultimately in the hands of the legislators, the Attorney General, and the Governor, who all must decide whether they serve the interests of private prisons, police unions, and legal drug companies. Or whether they will finally vote in the interests of the Texans who elected them, who have been screaming “Legalize it!” for a decade.