Walking The Line: What You Need to Know About DWIs 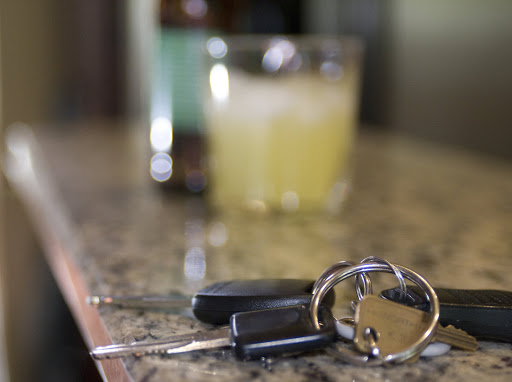 A common misconception about being “intoxicated” is that the bigger you are, the more alcohol you can handle, but this rule doesn’t apply while operating a vehicle. Being intoxicated means lacking “the normal use of mental or physical faculties” because you ingested alcohol, drugs or other substances, or have a blood alcohol concentration of .08% or more. At a traffic stop, police will determine whether someone is under the influence of alcohol or drugs while driving by general observation, a field sobriety test, or a chemical test (breathalyzer) or as they like to state: “by the totality of the circumstances.”  While there is no penalty for refusing a field sobriety test, the consequences for refusing a breath or blood test could lead to a suspended driver’s license from 90 days to 2 years, depending on whether it’s the first or second time one is arrested and asked for consent to provide a breath or blood sample.

Immediately following the DWI arrest, your license may be suspended from 90 days to up to 180 days. First time offenders can apply for an occupational license to take them to and from work, school, etc., with the exception of having an ignition interlock device installed in your vehicle to prohibit you from drinking and driving again. You may be fined up to $2,000 in administration fees and possibly spend between three and 180 days in jail. First time offenders will also be under “community supervision,” which means you will be able to remain in the community under the supervision of a probation officer from between six months to as long as two years.

The consequences for a second DWI charge are much more serious than the first conviction. The jury is told that there was a prior offense, which suggests that the defendant has a habit of driving while intoxicated. A second DWI offense goes from a Class B Misdemeanor to a Class A and doubles the fine to $4,000. You may be sentenced to jail time from 30 days to one year, and may receive a possible driver’s license suspension ranging from 180 days to two years. One has to keep in mind that when facing a second DWI the court can impose, as a condition of the bond, that the person install an Interlock Device in your vehicle and/or as part of the punishment in a conviction.   At your second DWI, you are more likely to receive a harsher punishment and become ineligible to have your record sealed. In other words, it’s permanently on your record.

If you haven’t noticed the theme by now, penalties get harsher the more offenses you have. In Texas, if you blow over a .15 BAC level, it automatically turns into a Class A misdemeanor and imposes the highest mandatory civil surcharges allowed on a person due to the Driver Responsibility Act. A BAC of this level or more is the most serious DWI charge one can get that may result in longer jail time, more expensive fines, longer probation, loss of driver’s license or a condition to have an Interlock Device in your vehicle as a condition of the bond or a conviction. If you have experienced this level of DWI conviction, you need a strong legal team who specializes in these cases in order to get a lower sentencing.

David Ramos Law specializes in DWI and criminal cases, and fights for the best possible outcomes for you. Give us a call today and speak with one of our legal representatives to get the help you need.